Telegram report (19 Dec 2018): A charity Christmas event took place on the 16th December 2018, from 1pm – 4pm at Royston Wardieburn Community Centre, Edinburgh to support The Sreepur Village in Bangladesh. This coincided with the 47th Victory Day of Bangladesh and 16th December is also the National Day of Bangladesh, celebrated across Bangladesh and amongst Bengali people and descendants worldwide.
The event started with the National Anthem of Bangladesh, performed by a group of children from the Edinburgh Bangla School, after which the event was formerly opened by Edinburgh North and Leith MP, Deidre Brock. Ms Brock mentioned the significance of the UK charity which was founded by a British woman, Pat Kerr MBE, 30 years ago and the importance and impact of the Bengali community in the UK. 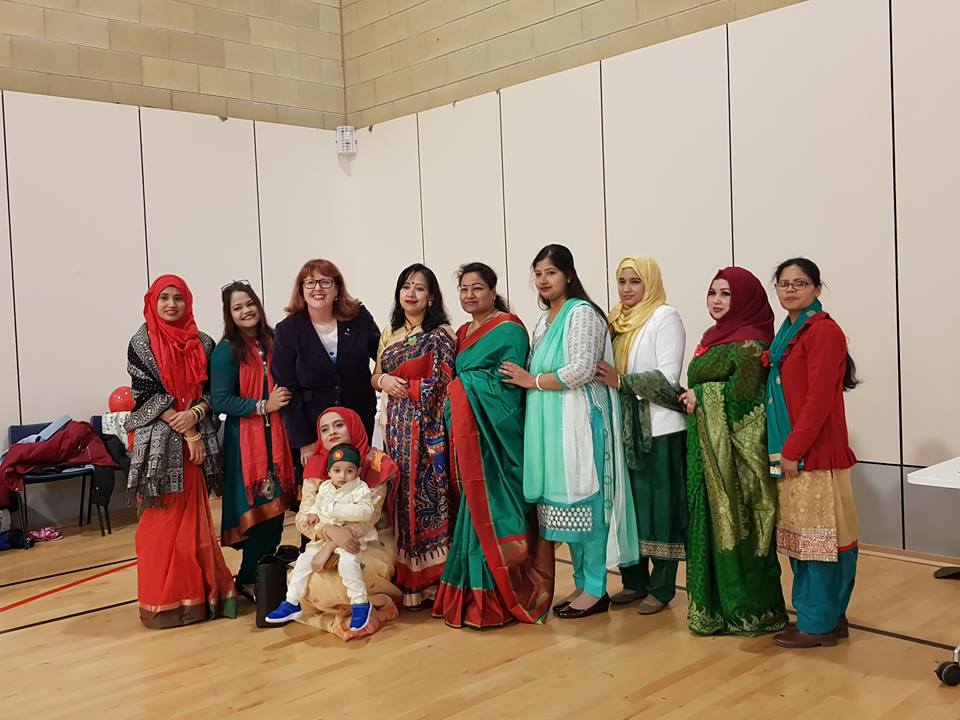 Guest speakers included Will Thorpe, Scottish Representative of The Sreepur Village, who presented news of recent activities of The Sreepur Village highlighting his involvement with the charity, Dr Sumit Konar, Edinburgh University and Community Worker Fulmaya Lama.
A multicultural performance was hosted by artists from the Nepal Scotland Association. Ayusma, Himansi, Saisaran and Sharmili Lama performed traditional Nepalese dances. Sudipta Saha and Sharmin Jahan performed Bengali music. Attractive Baul music (traditional Bengali folk songs) was performed by the talented Robin Hossain, who was applauded enthusiastically by the audience.
An art competition for children was facilitated by Sharmin Borsha and Shahed Mostofa, helping local children find a connection to their roots by drawing national symbols and images of Bangladesh. 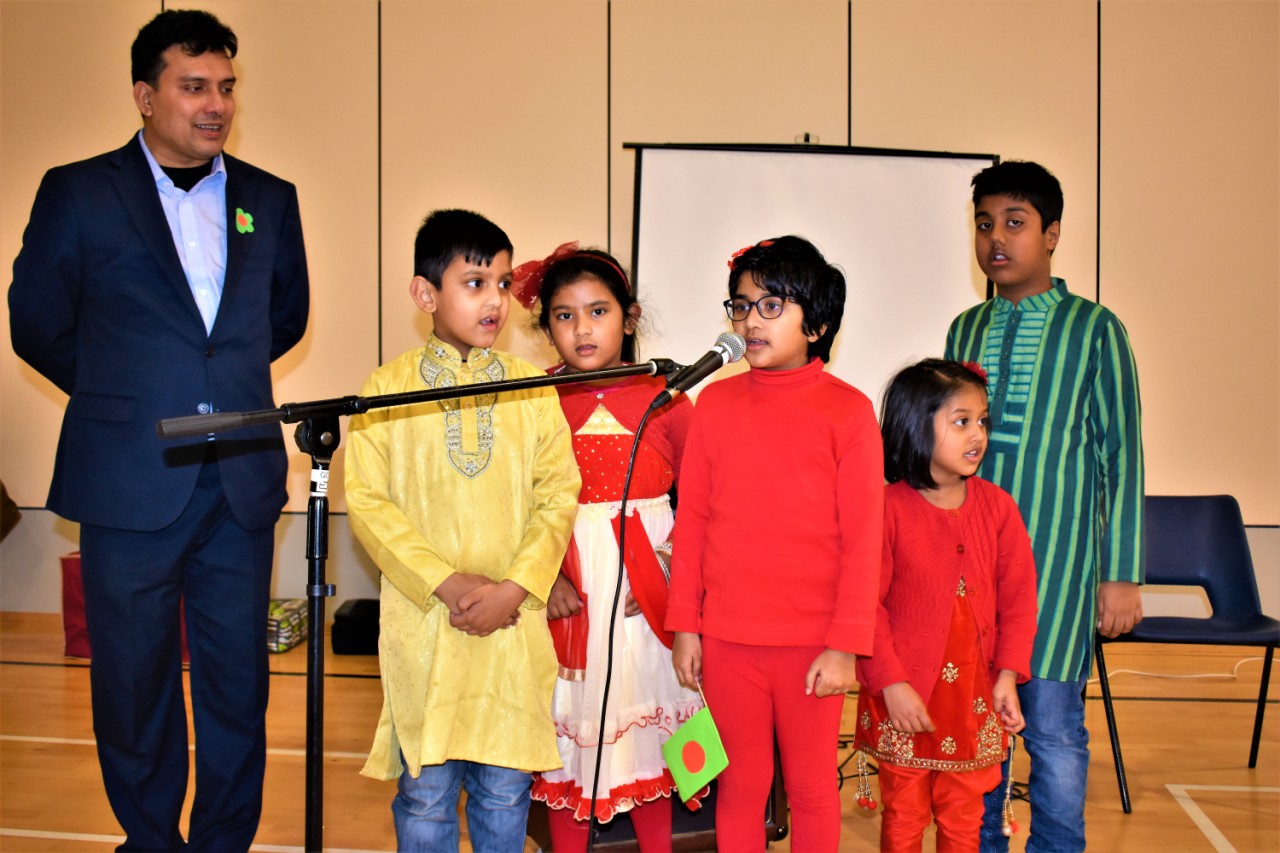 North Edinburgh residents from diverse communities, local community activists and community groups took part supporting the charity. The event was hosted jointly by Friends of The Sreepur Charity in Scotland and Bangla Scott Trust. It was supported by other local groups; Granton Community Gardeners and Royston Wardieburn Community Centre Management Committee, amongst others. The Sreepur Village stall sold fair-trade items, such as scarves and cards, handmade by the Women of The Sreepur Village and local volunteers cooked traditional Bangladeshi foods to raise fund for the charity. Turn out was very good, estimated at around one hundred people from all different communities, who  came together to celebrate diversity and culture and to support the charity. 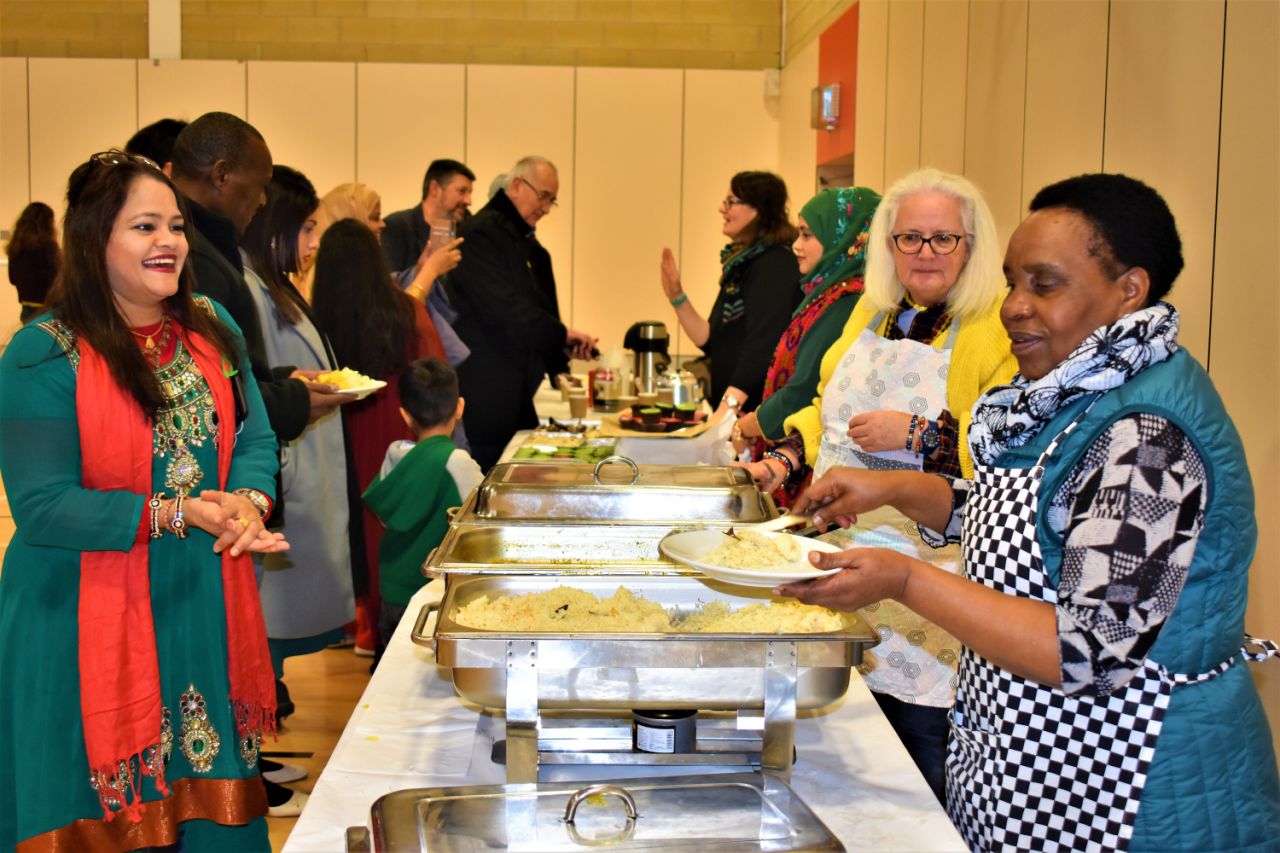 The organisers; Mizan Rahman, Will Thorpe, Ishrat Jahan, Fahmida Sultana and Shahed Mostofa thank all volunteers for supporting the event. The event also celebrates the successful, charitable venture of a woman, which is an inspiration to us all. With the support from everyone, by selling gifts and food, the total amount raised was £400. If anyone wishes to provide more support to the charity, they can get involved directly in various ways. More information can be found at: www.sreepurvillage.org .

Brief story of the Sreepur Village
In 1977, a support group was set up in the UK called ‘Families for Children (UK)’, and in 1981 a British Airways stewardess Patricia Kerr became involved with this. She subsequently took unpaid leave to work there as a volunteer. Over the years, with support from British Airways and others, a plan was drawn up to build a purpose-built village outside Dhaka where the most vulnerable children and women could find a safe shelter. The Village formally opened in 1989. Over the past 30 years, the project has grown, developed and adapted in line with the many changes within Bangladesh. 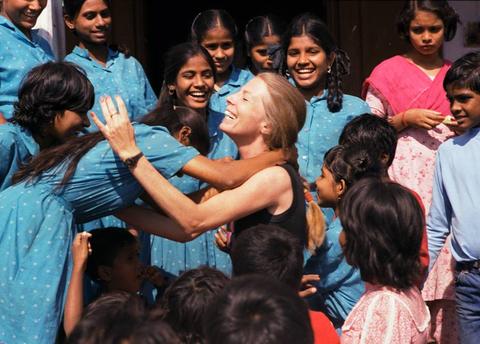 Patricia Kerr MBE, Overseas Director, still lives at Sreepur, managing over 100 staff and ensuring they provide the best possible care and opportunities for the people.
The funding of the charity comes from their income generation projects such as producing handmade arts and crafts and selling them. More can be found at: www.sreepurvillage.org/pages/our-history-1

London Expo to celebrate a second event in 2019