London Sportif produce a fabulous comeback in difficult conditions to battle back and beat Stepney 3-1 in a mammoth Semi Final tie. Stepney almost scored within the first minute but only two fantastic blocks and clearances prevent Stepney from leading. However that attack set the trend for the rest of the first half. Stepney using the wind to their advantage and trying to get in behind our defence at every opportunity. 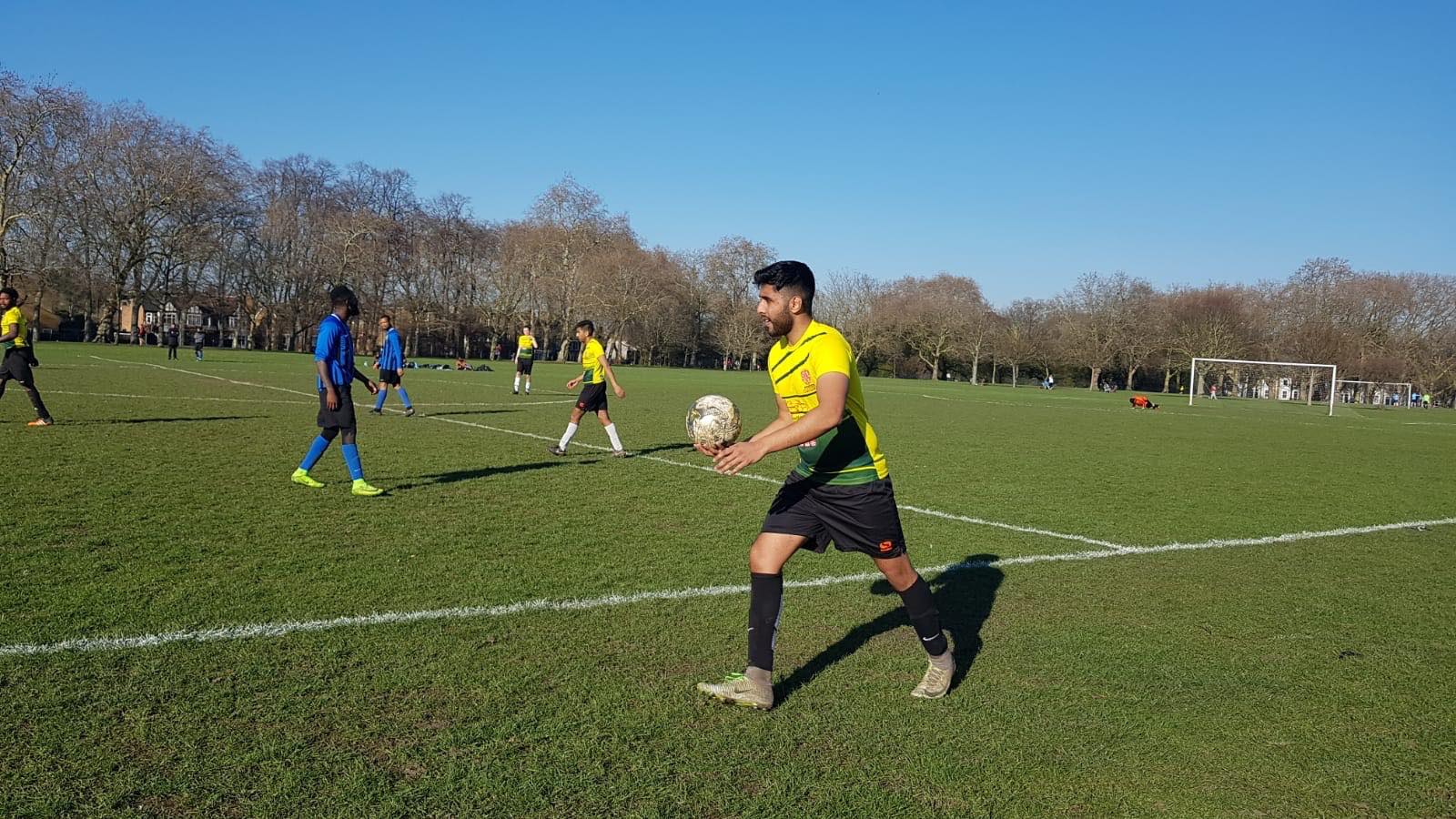 Eventually the pressure told and Stepney won a penalty from a mistimed lunge from defensive giant Gazza. Heroics from Abdullah to make a fantastic save from the penalty spot but Stepney latch onto the rebound to put themselves ahead. First half continues in the same trend with a strong Stepney side pushing Sportif back further and further but Sportif stay concentrated to get to half time only a goal down. After a huge team talk from the management team to galvanise the team and a slight tactical switch of formation Sportif came out a different side second half. 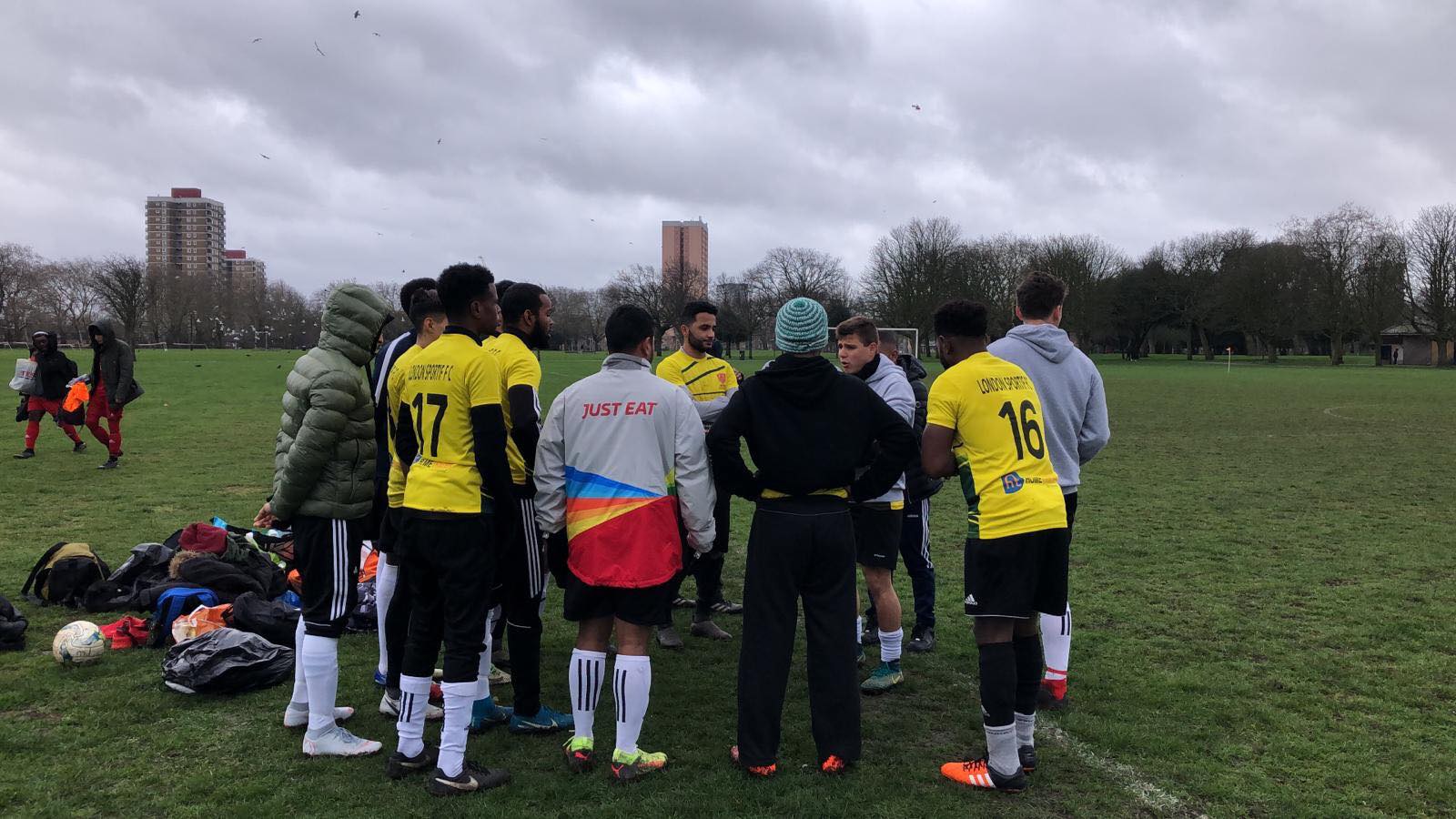 The onus was on Sportif to pile the pressure and claw themselves back. Step forward Captain Franco to firstly win a free-kick then score his 3rd free-kick the season! Sportif sensed blood and after great link up play from Taylor and Franco, Franco was free on the right and unleashed a low drive to surprise the keeper and finish in the bottom left corner. 2-1 Sportif and Stepney didn’t know what hit them. Then flamboyant attacker Ebrima scored the killer 3rd after a good pull back by the influential Taylor for his second assist. Notable mentions to Rokib and all the defence for limiting a strong Stepney attack to very few chances especially second half. Taylor and Franco rightly get all the plaudits, as this inconsistent season shows a Sportif side who started off games with a damage limitation tactic seriously thinking about ending their first season with silverware being in a cup final.

On to a well respected and good side Bromley in the final. Go London Sportif FC

London Expo to celebrate a second event in 2019

Lucy is cycling the Surrey100 for Mencap